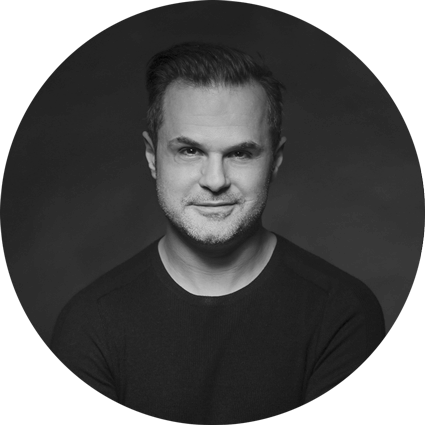 Antoine Becks
Boogie Collective is led by our music director, Antoine Becks. A composer and multi-instrumentalist himself, he boasts an impressive track record, with international hit records, world tours as a performer and production for four Grammy-winning artists. Antoine got his first record deal at age 19 and made his first foray into advertising in 2015 when he composed the music for an international Coca-Cola ad. He’s since crafted tunes for American Express, Chevrolet, Red Bull, the Sonic The Hedgehog movie trailer (Paramount Pictures), and the Montreal Canadiens’ multimedia NHL pre-game show and goal song.
“Musical authenticity is key for me,” he says. “I don’t think there should be any distinction between the music you’d hear in a commercial and the music you’d want to listen to at home.” His music industry experience and encyclopedic musical knowledge make him the perfect liaison between ad agency creatives and musicians. From high-end original music to impeccable music supervision, whatever your musical needs, Antoine’s your guy.

Come boogie with us!